Welcome to the Leon Historical Society

Our Local War Hero's that Served for Our Country

This was the first Honor Roll sign in 1943 . On the home of Betty and Carman Lyons,now. 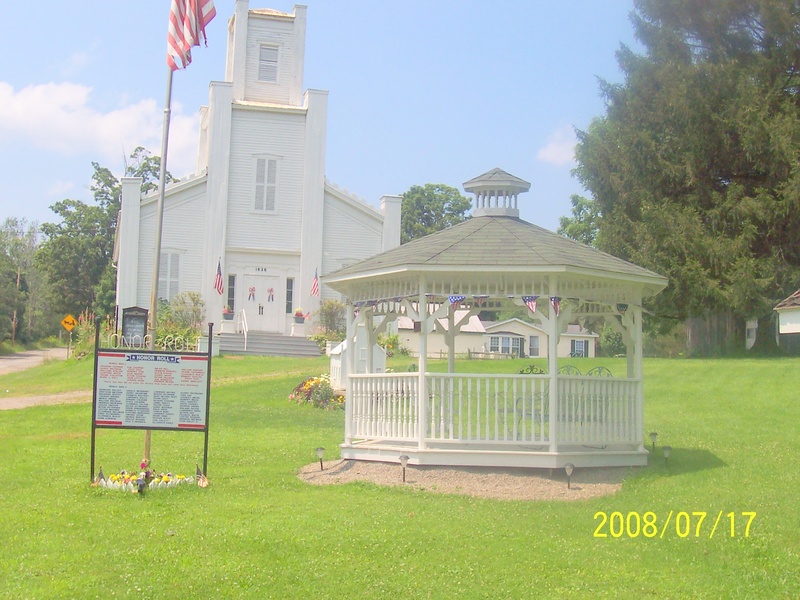 We are adding Korean War, and Vietnam War, and served military from Leon.There are around 70 more names and will be put next to the first sign. Our sign are design by Kevin Bailey from South Dayton.  He was from Leon.

Men who served in Korean War

Men who served in Vietnam

Men who served in Military

It is well remember the G.A.R. Post number 310 represented the one-hundred and nineteen men enlisted from Leon in the Civil War.  The largest number of its size in the state.

In October 15, 1890 the W.R.C, #156 was organized..  The organization was planned to assist widows and orphans of Veterans, For many years Corp #156 sent at Christmas time, a barrel of Vegetables, Fruit, jams, jellies to assist in their care. In 1891, the W.R.C in co junction with the G.A.R took part in Memorial Day services for the first time.  A long time resident of Leon who was chosen by the State & National Offices who toke over the Women’s Relief Corp. was Elna Beckman.     The first Honor roll sign was in 1943 on the lawn of Guy and Inez Hill  and now owned by Carmon Lyons(son-in-law) .  I’m now sure when they stopped reading it.   The Historical Society   had a new board make up about 4 years ago and started reading the roll call for WWI and WWII this years we are adding Korean and Vietnam and men who served. 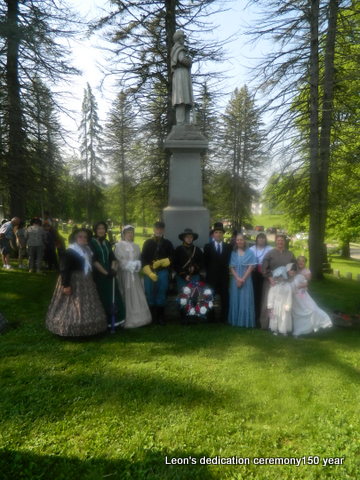 Pioneer’s  who served in  Wars.

2. James Franklin came from Danbury, Conn. Soldier of the Revolution,

In the year 1830 population 1000.   The first hamlet was known as the “Hollow”   first saw mill built on banks of Butternut Creek, north of the present grist mill.  Mill was built by Johnson Hoyes.  A tavern built by 6. Amasa Green came here in 1820 and lived for some time with Abner Wise.

6. John Everts another Soldier of the war of 1812, that sleeps in the cemetery with no stone to mark his resting place..  He was a pensioner and received a bounty, and for many years lived on the side hill just to the north of the old mill, the house and other buildings having long ago passed out of the picture. Mr. Everts was the maker of about all the coffins that encase the remains of those who passed away in the locality.   (p. 51)

7.  Samuel Shannon was a pensioner of the Revolution, died at the age of 75, buried in the Treat Memorial Cemetery.

8.  Edgar Shannon, veteran of the Civil war.  Was a member of the Assembly Districts, the Supervisor of the Township?    (p.66)